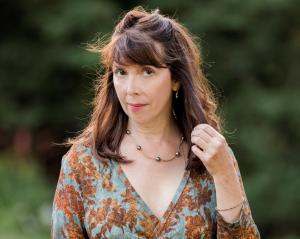 Colleen Kilbreath will have an exhibition of her sculpture and watercolor during Veterans Day.

QUECHEE, VERMONT, UNITED STATES, September 1, 2021 /EINPresswire.com/ — Colleen Kilbreath wants to honor military service war veterans this coming Veterans Day and her late father, a marine in Vietnam, through her art exhibition. A lover of art portraying realism, she is busy creating portraits of war veterans who're working at Dartmouth Hitchcock Medical Center in Lebanon (DMHC), New Hampshire. She's working in partnership with DMHC, which wants to show gratitude for the veteran's service to the country and community.

According to Colleen Kilbreath, she'll exhibit her war veterans' portraits at the medical center in October, November, and December. To show that DMHC is an inclusive organization, Colleen Kilbreath is creating portraits of five veterans, including Hunter Fifield, William Cusack, Karen Clements, Kellie Yacullo, and Christopher O'Connell. Also, she met with the five veterans, took photos, and attended an event at DHMC to strengthen inclusiveness.

Colleen Kilbreath got a grant from her college, Colby-Sawyer College in New London, NH, to support her noble art exhibition. She's also getting college credit for creating the pieces.

Why clay and watercolor

As an artist, Colleen Kilbreath uses transparent and arbitrary watercolors for her war veterans' portraits to tell a unique story. The quality of her portraits has been improving as she's experimenting with plenty of arbitrary colors. She adds multiple layers in her painting and even her washes alternate from warm and cool in the background.

Colleen Kilbreath adds that she settled for clay and watercolor because she strongly feels it's the best way to portray veterans. Passionate about realism in art, she is deepening her understanding by reading the Art Renewal Center books. She bought the Bargue-Gerome Drawing Course, a reprint of a famous, late-nineteenth-century drawing course. She says that she has been copying the plates to improve her painting and sculpting skills.

At Colby-Sawyer, Colleen Kilbreath specializes in self-portraits, which are her passion. She took workshops with Philippe Faraut, a sculptor working in clay, wax, stone, porcelain, and bronze, to improve her sculpting skills. He is an expert in ethnic differences and forensics. Colleen Kilbreath hopes to better her ability to create likenesses in her works.

She says that her aim in clay and watercolor art is to represent various human qualities, like hope, determination, sadness, and anger. In addition, Colleen Kilbreath says that she wants to portray dehumanizing aspects of war. Her art seeks to explore the depth of emotions in soldiers and their expressions of grief.

Since a soldier is a major war victim, not an officer, Colleen Kilbreath's self-portraits show the relationship dynamics between an officer and a soldier. She hopes to find more opportunities to sculpt while working at a military museum and getting commissions through the museum.

A lover of German Longhair Pointers

Colleen Kilbreath grew up in Ohio but now lives in Quechee, Vermont, in a house built by a Vermont disciple of Frank Lloyd Wright. Her house is sited and built into the side of a hill leading to a stream where the deer yard and coyotes howl at night. She has a passion for German Longhair Pointers, which are hunting dogs. She loves training them and hunt testing. In addition, she has a passion for art and literature.

Colleen Kilbreath doesn't have any children, nor has she ever been married. She returned to school to obtain a second undergraduate degree and has volunteered at the local humane society to walk dogs. She has also worked on restoring a church in Jamaica after a hurricane.

She holds a bachelor's degree in psychology and a master's of Arts in English literature.