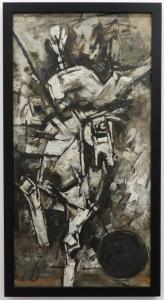 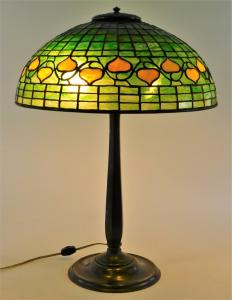 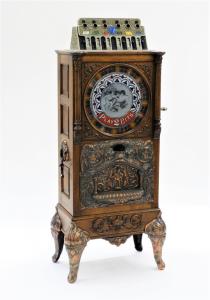 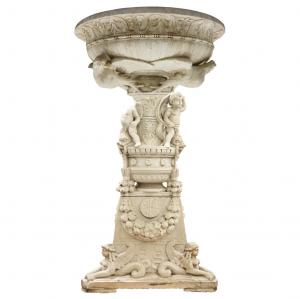 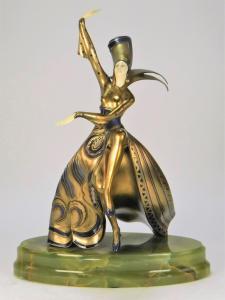 You never know what you’re going to find in a house, especially in New England. The single-owner collection being sold was just five minutes away from the gallery.”
— Kevin Bruneau

The online-only auction has a start time of 6 pm Eastern and will be highlighted by a single-owner collection of antiques and collectibles. In all, 333 lots will come up for bid. All items can be previewed, by appointment only, in the Bruneau & Co. gallery located at 63 Fourth Avenue in Cranston. For an appointment, call 401-533-9980, or send an email to info@bruneauandco.com.

“I enjoy doing the online bidding during these online-only auctions because it is like a video game with so much action,” said Travis Landry, a Bruneau & Co. auctioneer. Company president Kevin Bruneau added, “You never know what you’re going to find in a house, especially in New England. The single-owner collection being sold was just five minutes away from the gallery.”

With a stout pre-sale estimate of $40,000-$60,000, the Cubist painting by Maqbool Fida Husain (India, 1915-2011) is a strong pick for top lot of the auction. The monotone composition of gray, black and white depicts a rider on the back of a wild horse. Impressive at 46 inches by 24 inches (sight, less frame), the work comes with a certificate of authenticity from Husain’s son, Shafat.

Maqbool Fida Husain was dubbed the “Picasso of India”. He started off painting billboard signs in India but quickly started blending together folk, tribal and mythological arts in a unique, modified Cubist style. He was one of the most celebrated and internationally recognized Indian artists of the 20th century and was a founding member of the Bombay Progressive Artists’ Group.

The early 20th century Tiffany Studios (N.Y.) ‘Bleeding Heart’ table lamp, 22 inches tall overall, has an emerald green marbled glass grid lampshade with yellow leaf and vine belting over a thin, shapely column, supported by a round base. The lamp presents beautifully and was in working order at testing. The lampshade measures 16 inches in diameter (estimate: $10,000-$15,000).

The Caille Brothers Eclipse 25-cent slot machine, manufactured in Chicago around 1904, is a 63-inch-tall upright floor wheel model having an oak cabinet with a glass front and decorated with cherubs framed by Corinthian columns and ornate acanthus leaves and fine figural metal work throughout. The handsome machine, restored about 15 years ago, should fetch $10,000-$15,000.

A large 20th century marble fountain that at one time graced the grounds of the Russian Embassy in the United States, carries a pre-sale estimate of $3,000-$4,000. The base alone is 46 inches tall and the ornately carved basin, 17 inches tall and 36 inches in diameter, is decorated with three eagles having outstretched wings, supported by a column with putti, dolphins, swags and sphinx.

A bronze, enamel and hardstone Viennese dancer sculpture by the noted Austrian artist Gerda Iro Gerdago (1906-2004), 14 ¼ inches in height, is estimated to sell for $800-$1,200. The sculpture depicts a woman frozen in a dynamic pose, while dressed in an elaborate costume of navy blue and lavender enamel over gilded bronze. The work is signed “Gerdago” on the hem of her skirt.

Gerdago studied in Berlin and Paris before working as an assistant to the architect Oskar Strnad. During this time, she began to design statuettes of figures in dramatic poses often dressed in futuristic costumes and eccentric headgear. The Viennese foundry Artur Rubinstein had also produced some of her designs and created Gerdago signed objects.

Internet bidding will be facilitated by LiveAuctioneers.com, Invaluable.com, Bidsquare.com, bidLIVE.Bruneauandco.com and the mobile app “Bruneau & Co.” on iTunes or GooglePlay.

Bruneau & Co. Auctioneers is always accepting quality consignments for future auctions, with commissions as low as zero percent. Now would be a perfect time to clean out your attic. To contact Bruneau & Co. Auctioneers about consigning a single piece or an entire collection, you may send an e-mail to info@bruneauandco.com. Or, you can phone them at 401-533-9980.