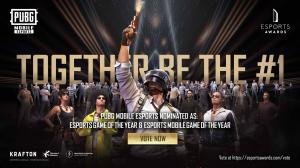 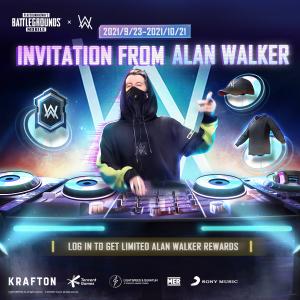 KUALA LUMPUR, MALAYSIA, October 1, 2021 /EINPresswire.com/ — PUBG MOBILE, one of the most popular online mobile battle royal games worldwide, has been nominated in one of the most prestigious esports awards, The Esports Awards 2021. PUBG MOBILE has been nominated under the “Esports Game of The Year” and “Esports Mobile of The Year” categories after successfully shaping the Esports ecosystem and strategic Esports programs from amateur to professional level. This success is inseparable from the range of breakthroughs that PUBG MOBILE brought toward the mobile game history including innovations in version updates, in-game content and cross-border collaboration.

Fans and the esports community in Malaysia can join and contribute their votes here. The voting session will end in early November where voting can be done once per day.

The inclusion of PUBG MOBILE in The Esports Awards 2021 nominations also coincides with the announcement of PUBG MOBILE collaboration with world-renowned DJ Alan Walker. After launching Don't You Hold Me Down in early September, Alan Walker again launched a new collaboration single called “Paradise” for PUBG MOBILE. The single will be released in-game and can be listened to in the lobby, or you can also watch the music video here.

Starting from 23 September till 21 October 2021, DJ Walkzz invites fans and players to land in paradise by getting Alan Walker music tickets that can be redeemed for permanent collaboration items and an exclusive Alan Walker set.

Additionally in version 1.6, PUBG MOBILE introduces new interesting modes, namely the "VS AI" mode, which allows players to fight against more advanced bots. With adjustable difficulty levels, players can experience fighting against bots like real players. The VS AI game mode is only featured on the 2×2 Livik map and only works in squad battles with two difficulty levels: Easy and Normal. For beginners or players who are looking for relaxed gameplay without the stress of winning the game, VS AI mode will be a fun mode for you.