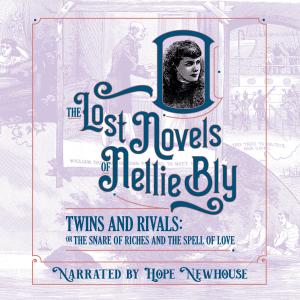 The audiobook of Nellie Bly’s lost novel Twin And Rivals is available now on all major audiobook services. 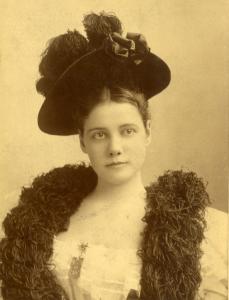 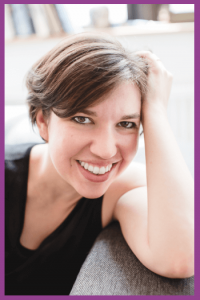 Written by Nellie Bly in 1894, TWINS AND RIVALS: THE SNARES OF RICHES AND THE SPELL OF LOVE is brought to life by narrator Hope Newhouse

CHICAGO, IL, USA, October 5, 2021 /EINPresswire.com/ — Newly discovered by author David Blixt (WHAT GIRLS ARE GOOD FOR), Nellie Bly's lost works of fiction are now available for the first time! These are The Lost Novels of Nellie Bly!

Pioneering undercover journalist Nellie Bly is rightly famous for exposing society's ills. From brutal insane asylums to corrupt politicians, she exposed all manner of frauds and charlatans. What no one has known was that she was also a novelist. This is because, of the twelve novels Bly wrote between 1889 and 1895, eleven of had been thought lost. Until now.

The first of the lost novels to be produced as an audiobook is TWINS AND RIVALS. Originally published serially in The New York Family Story Paper in 1894 and in The London Story Paper in 1895, the story is a romantic adventure novel of twin sisters:

Dimple and Della disagree. The twins have differing views of love. Dimple plans to wed for wealth, freeing her family from the weight of poverty. Della, however, plans to only marry for love. Despite their love for each other, each twin finds the other foolish in regards to the purpose of matrimony.

When Dimple marries the old millionaire Mr. Darlington, she thinks she has won the prize. But soon she finds life in a mansion is filled with crippling loneliness. On a visit to her sister, she finds herself rescued from certain death by a handsome stranger, and realizes at once that Della has been right all along. Love is all that matters in the world.

But even if she were not already tied to the grumbling and jealous Darlington, there is another obstacle to Dimple’s happiness. The man she loves is already betrothed—to Dimple’s sister Della!

A passionate story of desire and denial, this final novel of Nellie Bly’s pen is perhaps her most prescient, mirroring events of her life to come. Not based on her reporting but on her own questions of love and the duality of her own nature, Bly plays out the questions that vex her in . . .Twins & Rivals!

TWINS AND RIVALS is read by internationally renowned narrator Hope Newhouse. Originally from Boston, MA but now working from her home studio in Paris, France where she has lived for thirteen years, Hope is equally at home voicing an American or une française. She has a stage background in children’s theater, musical theater and medieval farce, which she performed in French for about ten years. Her voice has been heard on commercials, in video games, cartoons, and institutional films but she is most proud of her work in audiobooks – a medium that combines her love of literature and her deep actor’s desire to play all the parts! Hope was nominated for Independent Audio Awards in 2020 and 2021 and has narrated fiction, literary fiction, memoir, romance, science fiction and young adult books for Penguin Random House, Harper Audio, The Audio Flow and Findaway Voices. She especially loves to narrate YA fiction and fantasy and books with LGBT themes.

Twins And Rivals: The Snares Of Riches And The Spell Of Love
Written by Nellie Bly
Edited by David Blixt
Performed by Hope Newhouse
Produced by Judith West
Published by Sordelet Audio
Originally published serially in the New York Family Story Paper in 1894.
Published in book form in 2021 by Sordelet Ink.

The novel is also available in print, and on Amazon Kindle, Nook, iBooks, Kobo, Google Play, and other ebook retailers.