2021’s Top 13 TERROR-ific Haunted Attractions in the US 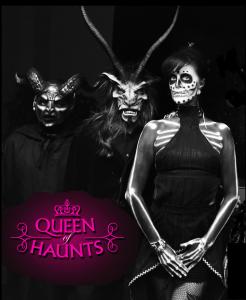 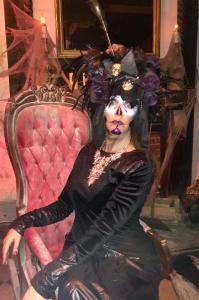 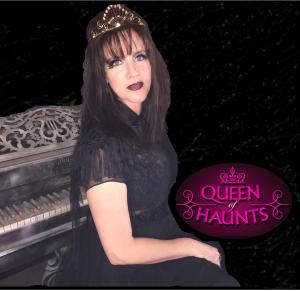 Queen of Haunt sitting in the Edge of Hell where it all started. 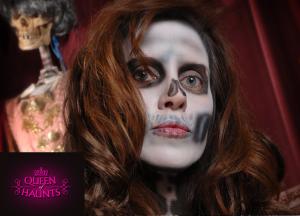 Queen of Haunts ranked the Top 13 haunts across the country.

Queen of Haunts Names Top TERRORific Haunted Attractions in the US

DALLAS, TEXAS, UNITED STATES, October 6, 2021 /EINPresswire.com/ — In the business of haunted attractions, the most critical attribute for a haunt is to be scary. The successful haunts cannot operate being “amusement park-spooky” that work for young children. Mega haunts have to bring heart-pounding, scare-out-of-your wits terror.

“The true measure of success is screams and laughter,” said Amber Arnett-Bequeaith, also known as the Queen of Haunts. “When I rank haunts, they have to be terrifying, and they have to be terrific – hence ‘terror-ific.’ They’re terrific in the sense of entertaining the right way – a safe and professional track record. While I have a bias for the KC haunts I’ve had a hand in, they hold their own against these other titans of terror.”

The Queen of Haunts was born into the commercial haunt business given her mother and grandmother created Edge of Hell Haunted House 47 years ago. She plunged into haunt industry best practices and has held leadership positions in haunt associations as she honed her craft. Arnett-Bequeaith’s haunt research and knack for spotting trends, while operating three commercial haunts, and a ghost tour – well-positions her to share data she has mined about the industry and to rank the best of the mega haunts.

Top 13 TERRORific Haunts for 2021
1. Edge of Hell https://www.edgeofhell.com – Kansas City: Bias aside, this haunted attraction is the oldest, continuously operated commercial haunted attraction in the nation in its 47th season. The attraction evolves every year, preying on peoples’ phobias and even adding 3D glasses. This haunt broke the world’s record for the longest snake in captivity.

2. NETHERWORLD http://www.fearworld.com – Atlanta: While I’m a seasoned veteran of haunts, visiting this made my heart race. Their creations are so good you won’t know whether it is human or not. Plus, they have lots to take in while waiting in line for this must-see haunted attraction.

3. 13th Gate https://13thgate.com – Baton Rouge: They have an advantage given Louisiana is known for actual ghost sightings, but they take it up a thousand notches from there with thirteen realms of experiences that will leave the best of us shook!

4. Bates Motel https://thebatesmotel.com – Philadelphia: In an area with lots of haunt choices, they have found a way to rise above the pack with acres of relentless scares from the hayride trail of terror to the Bates Motel. They even have axe throwing and a zombie laser hunt.

5. Nightmare on 13th https://www.nightmareon13th.com – Salt Lake City: You must visit this every season and plan to go multiple times because they change out so much, and there is so much to see. There are stories behind their frights from thoughtful preparation that make it all the more terrifying.

6. Cutting Edge http://www.cuttingedgehauntedhouse.com – Fort Worth: This area is my stomping ground for much of the year, so I'm thrilled I get to visit frequently – and scares this big never get old. This haunt is an actual meatpacking plant but what they are grinding out now is total fear.

7. Beast Haunted House https://www.kcbeast.com – Kansas City: While six haunts rank above the Beast on this 2021 ranking, the Beast is hard to beat. This medieval time warp uncovers ‘the beast of man’ – from torture to Jack-the-Ripper that leaves many to escape by jumping out the second-story window of this historic building.

8. Headless Horseman Hayrides & Haunted Houses https://headlesshorseman.com – New York: There is a reason so many people travel to see this haunt almost two hours from NYC. It draws experienced actors, stage makeup and costumes that create such a deep feeling of terror. It's exhilarating walking by foot on a dark trail with scaring everywhere.

9. Spookywoods http://www.spookywoods.com – High Point: This North Carolina area is the opposite of Mayberry. There is no peace at Spookywoods except you’re out in the fresh air of the woods as you pant and gasp for air from the screaming and running from what looks like freaks of nature. Of course, it is the artistry of professional haunting.

10. Dent http://frightsite.com – Cincinnati: A haunted school due to a sinister janitor – I beg for mercy going through this haunt with its horrific past. You feel the intense terror, and your imagination runs wild. Sleeping was difficult after this one, but the adrenaline rush makes it a must-see!

11. Erebus http://www.hauntedpontiac.com – Pontiac, MI: You're a test subject here – how much terror can a person take? These haunt experts push to the limits and are a top-rank haunt on any night. Their realistic terror and creepy theme make you question whether this is reality – did I sign my life away? When I get out, I'm laughing because I made it!

12. Spooky World https://www.nightmarenewengland.com – Litchfield, New Hampshire (near Boston): I always plan on multiple nights here at least. It's that big and frightening and well worth the trip. Only the scariest haunts make my list, and this one has four attractions wrapped into one place that each make my heart race and I scream uncontrollably.

13. Macabre Cinema https://www.macabrecinema.com – Kansas City: You may think this is my step-child of haunts I have a hand in, but in truth, this one gets me every time, and I know it inside and out. It's a haunted theater, but you become part of the horror film. While it is a relatively "young" haunt in terms of its years in business, it can hang with the best of them.

About Queen of Haunts
Amber Arnett-Bequeaith, aka Queen of Haunts, is a mastermind behind many esteemed haunt attractions and events. When she was just a pre-school princess, she slept in coffins of her family’s haunts and grew up in the business of fright. She has held leadership positions in haunt industry associations with a talent for spotting trends and keeping a pulse on the market of haunting. Her influence extends beyond her reign of the mega houses and a ghost tour in Kansas City’s West Bottoms. Bequeaith is a media contributor for the haunt industry, an advocate for professionally scaring, a culinary advocate for non-scary gluten-free treats, and wickedly talented with haunted and exotic-themed decors. She’s also a mom of four and follows her three sons band, Odyssey Thirty-Nine.

Queen of Haunts introduces some of the scariest haunted attractions.