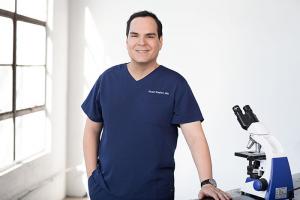 “We're honored to include Stuart Kaplan into our BoLAA family.” ~Aurora DeRose

The "Best of Los Angeles Award" community was formed four years ago and consists of over 7,600 professional members living and working in Southern California. It celebrates the best people, places, and things in Los Angeles with the slogan "No Ads. No B.S. Only the Best."

"The mission of the community is to celebrate the best of Los Angeles and allow its community members to connect with other members who share the highest standards of quality and integrity," expresses DeRose. "We're honored to include Stuart Kaplan into our BoLAA family."

Dr. Stuart Kaplan is a dermatologist in Beverly Hills, California. His expertise in the field has made him a leading dermatologists in the nation. This has also earned him worldwide recognition as a Skincare Authority. He is affiliated with multiple hospitals, including UCLA Medical Center and VA Greater Los Angeles Healthcare System. He received his medical degree from Albert Einstein College of Medicine and has impressively been in practice now for over than 30 years.

Due to his continuous passion and drive for dermatology, Kaplan created his line of skincare products, Kaplan M.D. Kaplan M.D. is a successful skincare line, which is clinically proven to prevent and treat different types of skin aging. Every product contains no less than ten active ingredients, including a restorative blend of patented peptides, amino acids, and vitamins.

His work has earned him awards from the American Cancer Society, American Medical Association, the United States Congress, as well as a seat on the reputable UCLA Scientific Advisory Board.