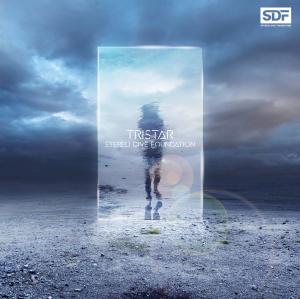 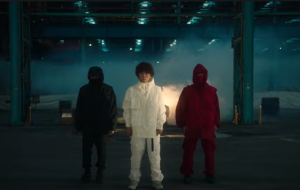 There are many times when people have to make choices and decisions, but at such times TRISTAR became something that can be close to you as someone who gently pushes your back.”
— R・O・N (Stereo Dive Foundation)

LOS ANGELES, CA, October 21, 2021 /EINPresswire.com/ — Japan's top charting producer and singer-songwriter R・O・N’s project STEREO DIVE FOUNDATION has revealed its music video for its newest single “TRISTAR” today on October 20th. The single "TRISTAR" had recently been pre-released on all music streaming platforms before the actual CD press version that is scheduled to be released on November 24, 2021. The new electro-pop song is full of new challenges for STEREO DIVE FOUNDATION. As the chorus melody repeats, "Do what I want and do what I need", stimulates the earworms, it draws the charm of the lyrics and the track itself like no other songs he has created. What’s more to pay attention to is the strong melody and arrangement ideas. As the solid beats strongly supports the core roots, with shining synths and the gentle enveloping vocals are intertwined, just listening to the song makes you feel cozy as your heart bounces in the flow. STEREO DIVE FOUNDATION’s unique sound-making technique of treating his vocals as an instrument constructs the song not only as just pop but stylish.

“TRISTAR” is also sung in full English for the first time on a single for all his fans on the globe to enjoy. The English lyrics speak of his determination and positive feelings. R・O・N says, ”There are many times when people have to make choices and decisions, but at such times it became something that can be close to you as someone who gently pushes your back.”

“TRISTAR” has also been chosen as the ending theme song for the anime series “Muv-Luv Alternative” where the story is about humans who wage a long battle against the extraterrestrial species BETA, with humanoid weapons known as Tactical Surface Fighters.

This project was named with the meaning of entrusting himself to the stereo, which is the sound source. In addition to his talent as a multi-player of various musical instruments, he also is a Sound Artisan who produces a track with the futuristic synth work and a melody that will resonate with your heart.

R・O・N himself sings on the project's songs, but also welcomes guest vocalists and guest musicians actively with the style of having the flexibility to correspond to what the world is in demand. R・O・N has been reputable for his distinct programming arrangements with it being able to adapt to various genres of music along with his catchy and artistic sounds. In 2020, STEREO DIVE FOUNDATION has been releasing new works constantly including popular songs “STORYSEEKER” (ending theme of “That Time I Got Reincarnated as a Slime”) and “OMEGA” (ending theme of “Moriarty the Patriot”).

He will do whatever it takes to express his desired sounds with his incredible sense, regardless of any method. This is STEREO DIVE FOUNDATION.