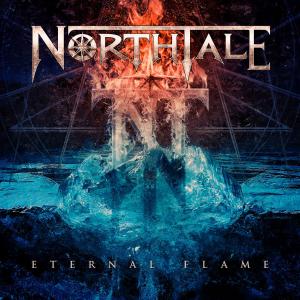 Bill Hudson states: "This is one of my favorite songs, and one of the heavier ones, on the record. Musically, I was able to fuse my influences of thrash, traditional, and power metal all into one piece I'm really proud of. Lyrically, Guilherme got to bring some of our Brazilian touches into our music for the first time."

Guilherme Hirose adds: "This song is hugely personal and very special to me. It is about my spiritual beliefs, and it gives me a chance to introduce some of our Brazilian mystical traditions to the world. I hope you can feel the strong mystical energy emanating from Midnight Bells!"

Due to Covid-19 restrictions, NORTHTALE is sorry to announce that the European tour which would’ve taken place between Nov 24-Dec 18 supporting UNLEASH THE ARCHERS alongside STRIKER. Stay tuned for any updates concerning new tour dates.

NORTHTALE is an international five-piece Power Metal band that was formed in 2017 by guitarist Bill Hudson (DORO, TSO, ex-U.D.O), who was initially writing songs for a solo album. Drummer Patrick Johansson (ex-Yngwie Malmsteen/W.A.S.P), keyboardist Jimmy Pitts, bassist Mikael Planefeldt and former singer Christian Eriksson (ex-TWILIGHT FORCE) joined during the demo stages when a decision was made to turn the project into a full-time band. The groups’ debut album, “Welcome To Paradise” was released in August 2019 via Nuclear Blast to very high international acclaim and great reviews on the specialized media worldwide.

In the Summer of 2020, the band chose its new vocalist, Guilherme Hirose, after a worldwide search that included 40 candidates from 11 different countries.