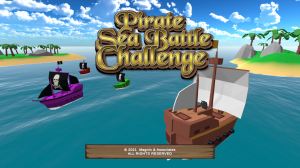 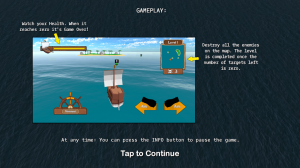 Your assignment is to destroy all the pirate ships in each level.

Has challenging AI with 12 increasingly more difficult levels and a variety of player and enemy ships.

Optionally shares your accomplishments via email, or text messaging (iOS, Android, and PC).

The iOS version is a Universal App which means it supports iPhone, iPod Touch, and iPad, including standard, Retina, and iPhone X displays. The Android version runs on most popular Android phones and tablets. The Windows version runs on Windows 10 PC with mouse, keyboard, or an Xbox controller. It also runs on the Xbox with a controller.

According to Ed Magnin, "Now you can carry an exciting pirate game in your pocket, ready to play whenever you have a few moments to tackle another level."