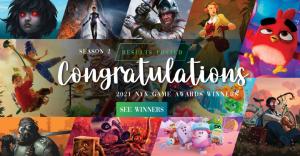 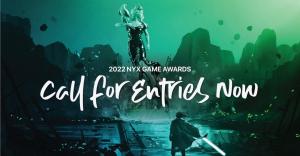 NYX Game Awards has announced the acclaimed 2021 division winners, celebrating and recognizing creative and technical brilliance in the gaming industry.

In light of that, more than 500 game and game marketing entries were submitted, from over 30 countries worldwide, including: United States, Canada, Australia, United Kingdom, Germany, Japan, Switzerland, China, France, South Korea, Italy, and Spain to name a few, but only a few emerged victorious, throughout the year.

“Creating an immersive award platform, that encompasses both game developers and marketers, is what we had hoped to achieve,” Kenjo Ong, CEO of IAA, exclaimed. “With that in mind, we were able to celebrate the success of various game entries, ranging from indie games to AAA titles, and provide them with the honor they truly deserve!”

Grand Jury Panel
With the multitudinous entries, NYX Game Awards has ranked them, via blind judging, in accordance to the industry’s best standards, based on the creative proficiency and messages behind each concept. Winners will then be selected based on their ability to meet competition criteria. On that account, the esteemed judges that provided their valuable insights this year, include: Anton Soderhall (Goodbye Kansas), Xianzhe Li (WhisperGames), Anton Ravin (1C Publishhing), Jim Redner (Redner PR), Joaquin Lynch Garay (ANOMALY), John Bulahan (Studio Wildcard), Ahmad Al-Natsheh (Khosouf Studio), SEDA GENÇ (NEUROMAR), and many more.

NYX Game of the Year & Special Recognition Winner
Succeeding the detailed evaluation of the entries from our esteemed judges, NYX Game Awards is proud to announce the reigning NYX Game of the Year for 2021 is: The Last of Us – Part II, by Naughty Dog. Exemplifying gameplay that has been unrivalled throughout the year, this game portrays the best game design, animation, and storytelling, amidst other marvelous achievements, providing them with the emphasis of being the best amongst the rest.

In addition to that, the Special Recognition – PC Game of the Year was awarded to It Takes Two, by Hazelight. With its unparalleled PC dynamics that has blown its competition away, this game portrays the best art direction, gameplay, and narrative, amidst other prestigious achievements, awarding them with the title that stands atop its competitors. The game exemplifies overall excellence and a distinct co-op gaming experience, surrounding the PC platform.

“Moving forward, we hope to be able to witness more amazing achievements, deriving from the NYX Game Awards program,” Kenjo remarked. “With that, we welcome the 2022 NYX Game Awards competition with open arms, and are elated for what’s in store in the following year!”

The 2022 NYX Game Awards is currently calling for entries, with a small fee required for administration purposes. Choose the Game Awards Categories that best suit you, and grant your game an award-winning title today!