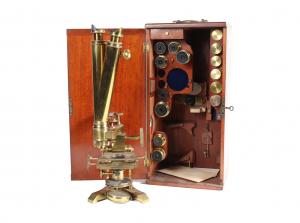 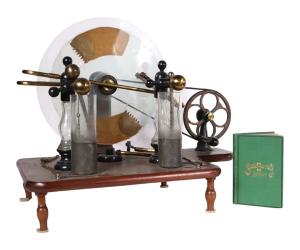 J&H Berge Makers, New York, electrostatic machine, circa 1880, friction static machine in original condition, plus a rare copy of The Treatment of Nervous and Rheumatic Affections by Static Electricity by Dr. A. Arthius, translated from the French by J.H. 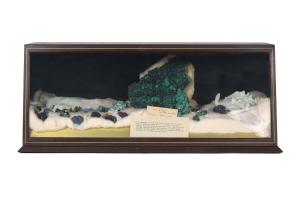 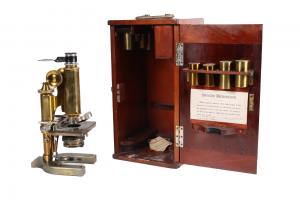 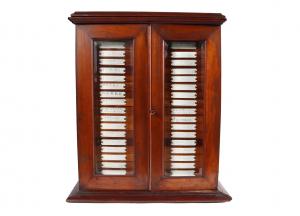 We'll be offering the complete contents of Charles Shultz’s comprehensive late Victorian science library, together with an interesting and unusual array of scientific experiments and equipment.”
— John Nye

The highly curated auction of objects and books is being deaccessioned from the Charles Shultz House to benefit the collections fund of Montclair History Center in Montclair, New Jersey.

Shultz House, also known as Evergreens, was built by Charles Shultz in 1896. The large, stately home was occupied by three generations of the Shultz family. From Charles to his granddaughter Molly, the home was owned by this single family for 100 years. These were inquisitive people with many interests: they were scientists, inventors, tinkerers, woodworkers, craftspeople, outdoor sports enthusiasts, gardeners, naturalists, travelers and readers. “Time capsule” best describes the home, the contents of which are endlessly intriguing for their breadth and variety.

The property was bequeathed to the non-profit Montclair History Center (MHC) in 1996 and was opened as a house museum until 2019. Despite a deep love and respect for the house, and due to substantial maintenance costs, MHC is de-accessioning the property, including the contents of both the main house and the carriage house. Some items have been retained by the MHC to tell the story of the Shultz family and Montclair history; others have been passed along to Shultz family members.

Nye & Company will be offering the complete contents of Charles Shultz’s comprehensive late Victorian science library, together with an interesting and unusual array of scientific experiments and equipment.

Highlights include three mid- and late-19th century microscopes, including a Bausch & Lomb “Continental” microscope, a Spencer microscope and a Charles Collins binocular microscope, as well as an important selection of objective lenses including a rare H.R. Spencer ½” 100 degree lens. Charles Shultz’s particular area of interest was microscopic diatoms; this is one of the largest collections of slides and books relating to this subject to come to market in recent years.

One of the highlights of the collection is a large array of minerals, rocks and gems, many of them cataloged by Shultz himself in the early 20th century. Included within those samples are a group of impressive azurite and malachite specimens, fluorescent minerals from the Franklin and Sterling mines, and more.

Additionally, the collection also includes a fascinating group of turn-of-the-century electrical experiments, including spark generators, Geissler tubes and other unusual objects. There is a large and important collection of mid- and late-19th century microscopic slides prepared by some of the leading microscopists of the day.

Also on offer is a unique selection of 19th century books, photography and ephemera relating to microscopy, astronomy, natural history and other sciences. The library also contains a significant number of volumes relating to travel, history and literature. Many of these works have been sealed in airtight bookcases for more than 125 years and are in an unusual state of preservation.

Shultz, a well-traveled man, also acquired decorative objects from around the world. A few of these items are also included in the sale, such as several early Chinese jade seals, a rock crystal Chinese seal, Japanese lacquerware, a rare piece of English pottery shown at the St. Louis Exposition in 1904, Austrian cold-painted bronzes by Franz Bergman and other objects.

Another splendid piece being offered is an oil on canvas of a mother and her children, with one on horseback, by Hamilton Hamilton (1847-1928). The artist captures the quintessential atmospheric summer day at dusk. His use of color and gentle brush strokes transport the viewer back in time to a perfect summer day.

The sale will feature real time online and absentee bidding, which will be available on www.nyeandcompany.com, www.liveauctioneers.com, www.bidsquare.com and www.invaluable.com. Telephone bidding is available on a limited basis.

An online preview is being held through November 16th. The sale is also available to see on the previously mentioned online platforms. Anyone looking for additional images, condition reports or info about an object is invited to visit the Nye & Company website or email to info@nyeandcompany.com.

The public is also welcome to preview the collection in person at the Nye & Company galleries located at 20 Beach Street in Bloomfield, New Jersey, Monday through Friday, from 10:00am -4:00pm Eastern time, from now until November 16th. COVID protocols will be strictly enforced.

John Nye had a long and fruitful career at Sotheby’s before he and his wife, Kathleen, acquired Dawson’s in 2003 and started Dawson & Nye. With the move to Bloomfield seven years later, they renamed the business to Nye & Company (Auctioneers, Appraisers, Antiques). The firm is nationwide, but the vast bulk of the business comes from trusts and estates in the tri-state area.

For more information about Nye & Company Auctioneers and the sale of the Charles S. Shultz Collection on Wednesday, November 17th, visit www.nyeandcompany.com.